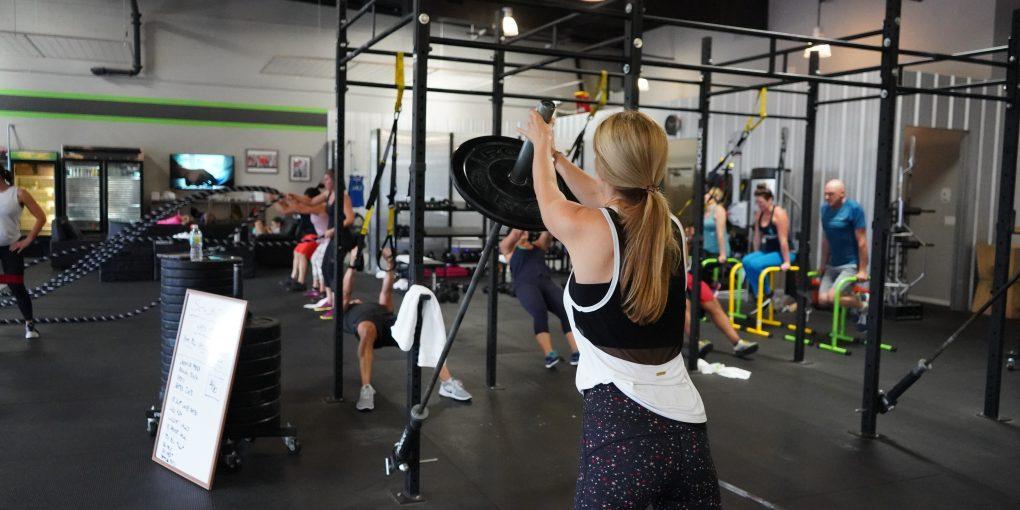 CrossFit vs Bootcamp - What's the difference and is one better than the other?

You’ve heard about CrossFit, and your gym just started a new boot camp class. If you’re struggling to choose which one to try, give this guide a read.

We’ll provide a breakdown of what each fitness regimen involves and what you can expect from your very first class.

The difference between CrossFit and Bootcamp ​is that CrossFit makes great use of the primary Olympic lifts and traditional power-lifting lifts whereas Bootcamp tends to focus mostly on bodyweight exercises.

Crossfit also uses body ﻿﻿﻿﻿﻿﻿weight﻿﻿﻿﻿﻿﻿ exercises, but the combination of that style of training with heavy lifting is what sets it apart from most fitness regimes.

The idea for CrossFit started brewing in Greg Glassman’s mind when he was still a teenager, as he competed as a gymnast. While going through his regular routine, he began to get frustrated with his lack of progress.

Wanting to grow stronger, he decided to incorporate other elements into his gymnastics training, adding things like weightlifting. The result was increased strength and endurance that helped him outperform his peers.

This sparked the realization that he could do more by practicing a bit of several different physical practices as opposed to focusing on only one discipline.

Together with his wife, Lauren Jenai, Glassman founded CrossFit in 2000, and today there are over 13,000 gyms that offer the fitness regimen around the globe.

Unlike CrossFit, boot camp doesn’t have a specific regimen or program that people need to follow. Rather, it’s a physical training program that can be run by gyms, personal trainers, and fitness organizations.

The name “boot camp” comes from the exercises that are typically used, which tend to be modeled off of military physical training exercises. Even so, boot camp doesn’t have any affiliation with the military.

Instead, the fitness classes are independently built and organized, and they got their start in the United States in the 1990s. Celebrities and professional athletes have even picked up on the rise of fitness boot camps, creating their own programs, such as Billy Blank’s Boot Camp videos.

With CrossFit, the primary goal is to improve competency in a variety of physical skills and domains. Individuals can use the exercises to get stronger, build muscle, burn fat, get more flexible, improve endurance, and work on agility and balance.

There is also a sense of camaraderie, and many CrossFit gyms have an equal or close to an equal number of men and women. The movements included in the “workout of the day” typically aim to hit the major muscle groups so that no area of the body is ignored.

People looking to have a leg day or a core ﻿workout will be disappointed because CrossFit is all about cross-training to hit all of those primary muscles in the body.

A fitness boot camp is typically meant to build strength while helping individuals tone up and/or burn fat. Since each boot camp will vary, the main goal can be a bit different.

Sometimes the routine focuses more on conditioning and strength, while other times there is more of an aim to increase cardiovascular efficiency. One day might be heavy on plyometrics and aerobic exercises, while the next day may rely more on weights and power moves.

At the end of the day, the main goal is to improve overall health and wellbeing, both physically and mentally, as the movements challenge the body and the mind.

Does It Require Equipment?

Oh yes, CrossFit is darn near impossible without a variety of exercise equipment and weights. To address all of those areas of physical dominance, individuals need to use treadmills, stationary bikes, rowing machines, medicine balls, climbing ropes, dumbbells, and other weightlifting devices.

While each day will bring something different, there is also a need for a few pieces of equipment.

As for boot camp, it really depends on the instructor. Since the classes often borrow from HIIT, there are many times when participants use their own body weight during the exercises.

Other times, they might make use of weights, dumbbells, and TRX bands. There is a dynamic stretching component, so a yoga mat is useful, too.

What Exercises Are Involved?

A better question is, what exercises aren’t involved in CrossFit? There are dozens of different movements that you can experience with this fitness regimen.

Each day brings something new to the table, and over time you’ll learn which ones you love and which ones you love to hate. There are bench presses, barbell thrusters, kettlebell swings, air squats, pull-ups, push-ups, box jumps, rope climbing, rowing, running, and more.

When you go to a fitness boot camp, the experience will be different depending on who’s instructing it. The class might be outdoors, where you’ll do burpees, mountain climbers, squats, jumping jacks, and push-ups along with some running or other cardiovascular activity.

If you’re indoors, you might lift weights or cardio, use a TRX band, do some high-energy plyometrics as well as sit-ups or push-ups.

How Effective Is It?

CrossFit can be extremely effective since it’s targeting different muscle groups and encouraging you to do more reps in a shorter period of time. Plus, there are many workouts to choose from, so individuals can find the routines that suit their current fitness level.

Both men and women have seen great gains (and weight loss!) with CrossFit, and they end up using muscles they didn’t even know they had.

Even researchers have noticed CrossFit’s unique approach to interval training and have seen how it improved calorie burn for participants. If you’re looking to tone up, lose weight, and build muscle, CrossFit has got you covered.

If CrossFit seems a bit too intense for you, how about giving a fitness boot camp a try? There are many different classes scattered all over the country.

You can probably find one at your local gym or even online if you don’t have a gym membership. Boot camps are inspired by HIIT, so you’ll be giving your maximum input in a shorter period of time. That means faster, more effective workouts.

Considerations Before You Commit

Keep in mind that CrossFit can be potentially dangerous for newcomers. Actually, all types of exercise can be risky if you don’t prepare yourself ahead of time. Whenever you’re starting a new workout routine, make sure that you know what to expect, and always stretch before and after.